“I think it is sort of intuitive that we care for the coast, and we all appreciate the beach when it is more pristine and beautiful.”

As an Oregon State Representative, Rob Nosse has not let the fight against plastic pollution in the Pacific Ocean fall to the wayside. In 2015, Representative Nosse visited the students of a  class at Sunnyside Environmental School in Portland who presented him with evidence they had compiled on the negative effects of polystyrene, a plastic commonly known as Styrofoam, on the environment. Led by their teacher and parent volunteers, these students connected their Styrofoam research to political action by asking the Representative to push a bill to ban the use of polystyrene in Oregon school cafeterias. Rob Nosse said yes.

Representative Nosse said one of the biggest barriers to implementing this polystyrene ban was the system of school cafeterias that was already in place. “In public schools, we don’t employ many cafeteria workers. The cost of dishwashers and the cost of hiring someone to run the dishwashers was a lot more than the cost of Styrofoam products, so to try and undo that system of using single-serve styrofoam became a big barrier.” Despite this, Rob Nosse saw a lot of support for this ban from student groups and environmental organizations in Oregon.

Rob Nosse represents the people of Southeast and Northeast Portland and currently works at the Oregon Nurses Association. He is proud of “Oregon’s long history of standing up for our beaches and oceans. There are no private beaches on the Oregon Coast, and I think it is sort of intuitive that we care for the coast, and we all appreciate the beach when it is more pristine and beautiful.” Although we know sometimes things can get left behind on the beach, the problem comes when that stuff starts to accumulate. We know that it is bad for wildlife and eventually it affects us. “Plastic is an item that does not biodegrade. It breaks down into smaller and smaller pieces in the environment, and we don’t know the health effects of that.” Representative Nosse urges us to find a way to responsibly dispose of our waste, and to continue to do research on how we can break down plastic and figure out how to do a better job of cleaning up our environment.

“Luckily, we live in a state that has a pretty good environmental resolve. As Oregonians, we have to try and figure out how to spread that approach to other areas of the world.” 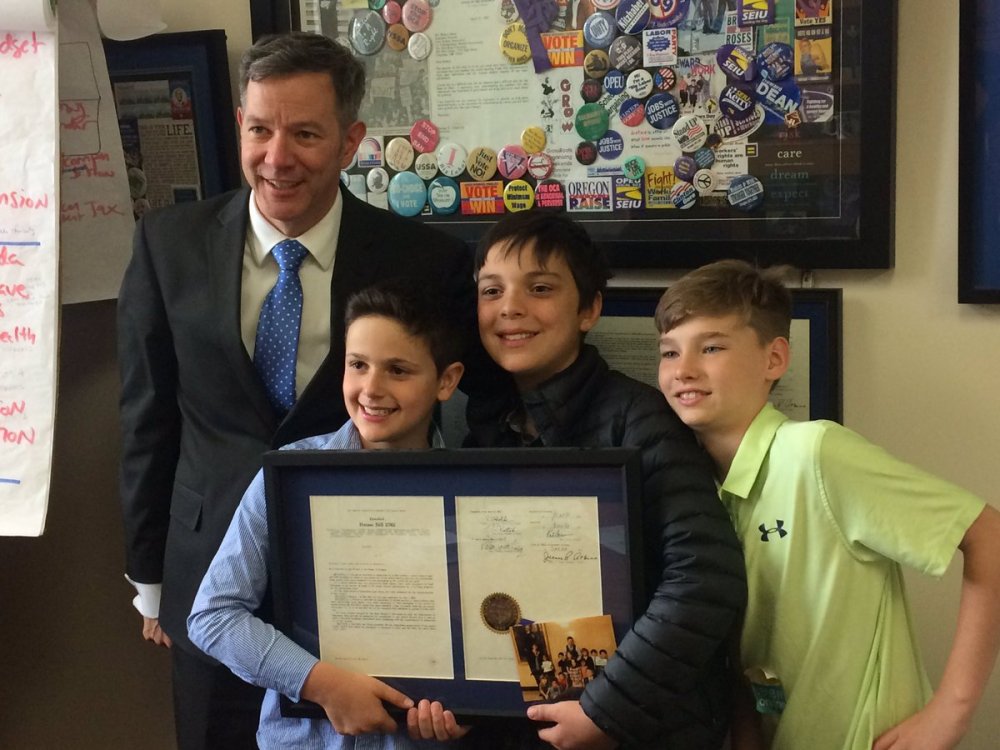